Our whole family loves  sweet corn and summer is definitely the season when sweet corn is at its best.  Fresh sweet corn – the fresher the better -is deliciously sweet and tasty.  It is said that the fresher the corn on the cob, the better.   The old adage is to pick your corn and run to an already boiling pot of water to cook it as fresh as possible. Obviously that isn’t an alternative for everyone. And although boiling it is the most frequently used cooking style, it isn’t the only choice for cooking corn on the cob. Roasting the corn on the charcoal or gas grill is a tasty alternative that makes a very nice presentation and doesn’t heat up the kitchen. There are two alternatives – corn roasted in its own husk or corn put directly on the grill to give it a nice char. 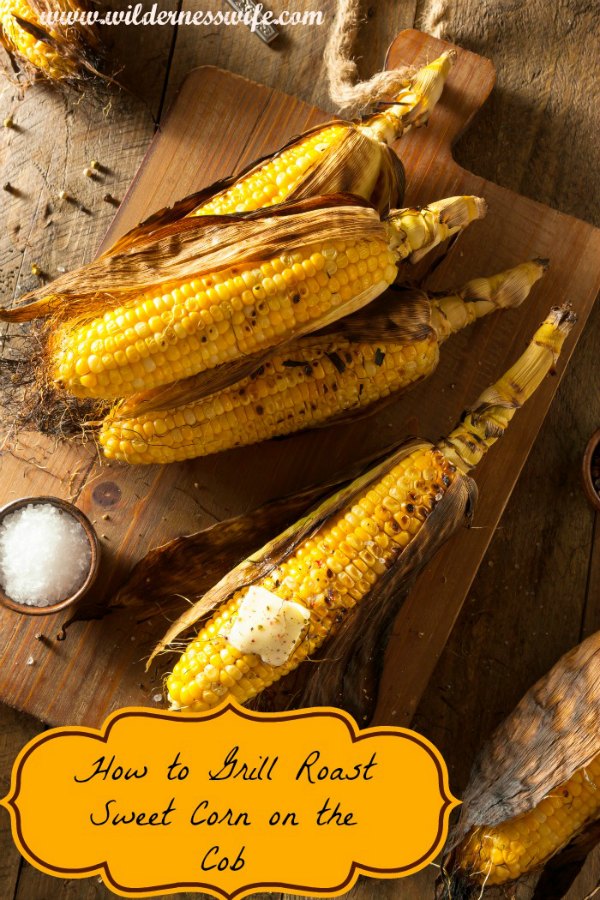 Grill Roasted Sweet Corn on the Cob in Husk

The first step is to soak the corn in cold water for 15-20 minutes.  Cover the entire piece of corn with water. The wet husks will provide moisture so that the corn will actually steam and not cook too quickly.  While the sweet corn is soaking, you should pre-heat your grill to 350F. Remove your corn from the water.  Peel back the husks so you can carefully remove the silk tassels from the corn but leave the husks intact so you can use them to rewrap the corn. I take softened butter and apply it lightly to the corn.  You can rewrap the husks around the corn at this point.  I sometimes lightly sprinkle the corn with garlic or onion salt.  If the husks don’t stay around the corn, you can use kitchen string to close them at the tip of the corn cob. Be sure to soak the string in water.  Cut the string short close to the knot so it doesn’t burn.

Place the sweet corn over the direct heat to lightly char the ears.  Turn them with tongs (about a minute on each side) so that the husks don’t get overly burnt.  I then put corn on the cob on an area of the grill where they get indirect heat or on an upper shelf so they cook slowly. Close the grill and cook for 15 minutes.  Overcooking the corn will cause is to be mushy.  Serve it immediately!  Be sure to unwrap for your guests using oven mitts – the grilled corn on the cob will be hot. 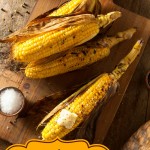 Instead of the same old boiled sweet corn on the cob try grilling. 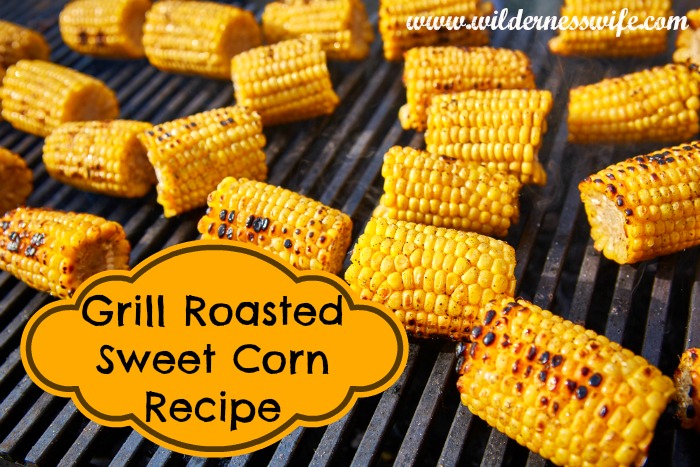 How to Grill Sweet Corn Naked on the Grill

Keep your clothes on – the corn is naked not you. This is not “corn porn”.  With this recipe you are going to have to be more hands on so that the sweet corn cooks evenly but does not get over-done.  The first step is to remove the husks from your corn and clean off the silk. You can leave the corn whole or cut it into smaller pieces like the picture above. Place the corn on a hot grill. Watch it carefully and turn occasionally with tongs so it cooks evenly with a nice light char.  It will take about 10 minutes. This method won’t be quite as moist but the corn on the cob will have a nice smoky flavor.

Roast your “naked” corn on the grill for a subtle smoky flavor.